Appalachian Book of the Dead

"You put flesh to your fears,

give to your ghosts

after they've faded in memory."


After Angel Jones escapes from a prison work crew, he leaves behind a trail of victims before disappearing in the deep woods in Yonah, N.C. Believed dead but his body never found, Angel's presence haunts the residents of a remote mountain community.
Cal and Joy McAlister are new arrivals from Chicago. A retired commodity trader, self-sober alcoholic and heart attack survivor, Cal finds himself growing restless with his third wife. Joy, a physical therapist turned potter, wants to reshape her life and marriage.  The caretaker of a  girls' summer camp next door, Doyle Smathers becomes their handyman, fetching Cal a batch of fake moonshine and building Joy a kiln. He’s also caring for a new guest, Ainsley Morse, the camp  owner’s granddaughter who’s detoxing herself from a troubled past with Buddhist meditation while living alone in a yurt on the mountainside.
Angel’s energy drives these four people together and apart in unexpected ways. The novel is a metaphysical thriller, a meditation on recovery and reincarnation, marriage and betrayal, death and rebirth, an exploration of how our fears give flesh to our hungry ghosts.


What readers are saying:

"Appalachian Book of the Dead is a novel whose excellence defies easy categorization. To call it a metaphysical thriller conveys only a part of the novel’s strengths, for the novel’s characters are as complex and vividly realized as we’d expect in more character-driven fiction.  Dale Neal’s novel, once begun, will be hard for any reader to put down."
- Ron Rash

"I was properly scared throughout this book, and properly delighted.  It begins with a double murder and a disappearance, and then the Tibetan Book of the Dead guides us through a landscape of human miscalculations.  It had me enthralled from page one."

"It is time for readers everywhere to acknowledge what we in Western North Carolina already know: Dale Neal is simply one of the most natural storytellers writing novels today. In his newest, Appalachian Book of the Dead, he smoothly, vividly unfolds the dramas in the lives of characters who hope to reinvent themselves, to reckon with the ghosts of their former lives, to move, at last, through the in-between condition in order to know how to truly be themselves. At each turn in the tense and engaging plot, the reader shares in the characters’ surprising discoveries; in each dimension of their complex tragedies, lively comedy is given its due. Neal has woven genuine wisdom into the rich thematic elements here that effectively, unselfconsciously echo the instructions in The Tibetan Book of the Dead and the meditations of the Stoic, Marcus Aurelius. Readers who appreciate attentive and accurate evocations of the natural world and of rural life, will find themselves compelled to tell others about the memorable fictional community of Yonah, North Carolina." 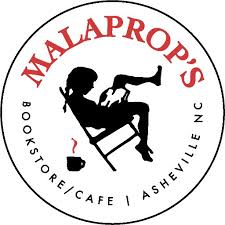